Windows, like most other things around your home, don’t last forever. Homeowners don’t pay too close attention to their windows, ignoring the signs that they need to be replaced. Doing so can result in numerous things such as an increase in energy consumption and noise from outside. To help you decide whether or not your windows need to be replaced, you need to look out for the following signs:

Air seeps through the windows

The main function of windows as well window treatments is to keep air out when it gets cold, if it fails to do that then it’s time you have them changed. As windows age, they tend to lose their strength and allow for air to seep through even when they are closed. This impacts your energy consumption in all weather conditions as air travels in and out with ease. While you may not always feel a draft, you can keep an eye on your energy bill to see if consumption rises throughout the year. You can also invest in energy-efficient windows which can end up saving you even more on energy bills.

The window frames are the main support of the window. As they become soft or damaged due to excess exposure to water or begin to crack, it is time to get the window and frame changing. Such a sign indicates that there is water infiltration and the frames are rotting. All of which means they can no longer support the windows as they once did.

Outside noise travels in

While windows don’t completely block off the noise, they do provide some protection from them. But once you start to notice that even with your windows closed, the noise level is as if they were open, it’s time to change them. Due to the fact that the windows don’t seal properly or are just poorly made. For those that live in the city or noisy neighborhoods, consider getting windows with Krypton or Argon gas insulators, which help block off the noise. 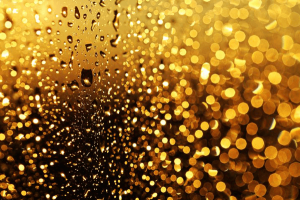 Condensation builds up between the panes

The seals of the window ensure that the gases in the glass pane remain and perform their function. Once the seal fails due to a cracked window or a break, the gases will escape and the window will no longer function as it should. A telling sign of the seal breaking is the frosting of the glass and condensation build-up.

With time, windows start to wear down due to the beating they take from the weather. The frames start to rot and there is warping on the windows. The average life of a window, with maintenance, is anywhere from 10 to 20 years. Less in areas where it may rain a lot or the weather constantly changes.

As a homeowner, you need to keep an eye out for signs that your window no longer functions as it should. Also, don’t think of getting new windows as an expense but rather an investment as it will reduce energy cost and also increase the value of your home.

Why Should I Replace My Windows?

Choosing the Best Energy-Efficient Replacement Windows for your Home